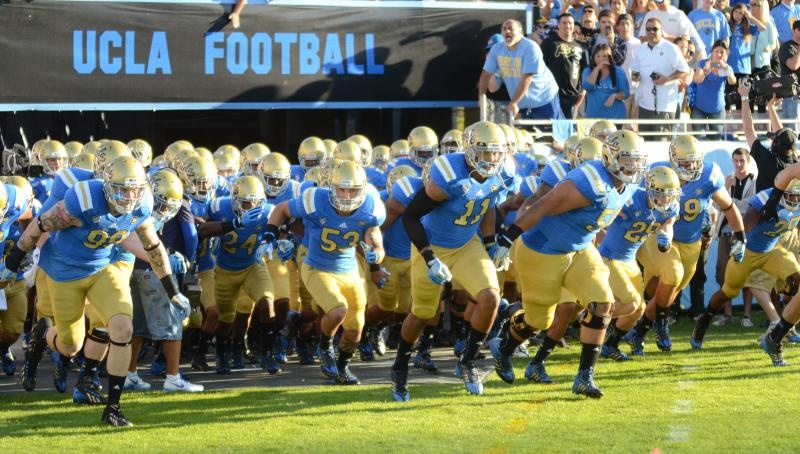 Some are calling Saturday Night’s game between BYU and UCLA, the most important game for BYU since they went independent five years ago. BYU is riding high with back-back, heart stopping wins. They have moved into the top 25. UCLA is an excellent team, ranked #10 and a squad that many think is talented enough to win the Pac-12 and go to the College Football Playoff. A win for BYU at the Rose Bowl would completely validate the Cougars. It would transform them from a media darling that got lucky two weeks in a row to a legitimate top 15 team to be reckoned with this year.

Check out this article from Matt Hayes of Sporting News. He gives a nice break down of what this win would mean, especially in the context of BYU playing one of of their toughest schedules ever this year:

What to do with BYU, which would have nation’s full attention with win at UCLA

So Cougar fans – it’s okay, let you mind wander a bit, dream about the improbable! Why can’t you beat UCLA! You’ve already beaten Nebraska on the road and beaten a ranked Boise State team. Why not keep it rolling? We’d all love to see it.

Here’s why I don’t think it will happen:

So that’s the does of reality. But what does BYU have in their favor?

The odds makers seam to think UCLA is 2 and 1/2 touchdowns better than BYU. I think the game could be a lot closer. And if BYU can keep it within 10 points or less, I think they can still legitimize their season. I thought they were gonna be 8-4. With two surprising wins to start the season, even with a respectable loss to UCLA, could BYU go 10-2, be ranked in the top 20 and be in the conversation for a New Year’s 6 Bowl game? That would be quite a season.