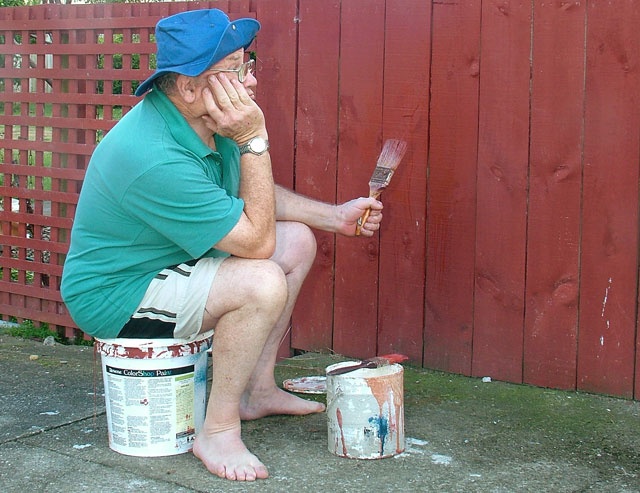 Utah is off to a 2-0 start and will likely be 3-0 after they pummel Fresno State this weekend. Utah’s defense is as good as we all thought it would be. However, their offense is just plain boring. It’s kind of like watching paint dry. Their quarterback play is dreadful and there’s nothing to really get up out of your seat and cheer for. Nobody’s going crazy over the Utes on local radio shows. There’s just not a lot of buzz around town.

Part of the Utah buzz kill along the Wasatch Front is due to BYU grabbing all the headlines. Heading into the season all the chatter was about the Utes coming off a great year and looking to build on that. BYU was heading the wrong direction with a really tough schedule. I certainly thought that was the case. And it may be still. The magic could run out in a hurry this weekend for BYU against UCLA and give the Utes credit – they have taken care of business so far.

However, what’s gonna happen in week 4 when Utah heads to Eugene, OR and really starts their season. I just don’t think Utah has the quarterback play or offensive fire power to win high scoring affairs. I have said many times that I greatly respect Kyle Whittingham and think he is one of the better coaches in the country. However, he just doesn’t seem to recruit, develop, or place a lot of emphasis on top tier quarterbacks. Kendal Thompson is taking over for the yet-again injured Travis Wilson. We all know Kendal Thompson is not a thrower.

Utah can certainly play defense and have solid special teams again and grind out enough victories to stay relevant. However, it just seems that if they got a little more daring on offense, they could become an elite football team.

Remember what Gary Patterson did at TCU? He was kind of like Whit. Patterson recruited a ton of speed and got a lot of 3 and 4 star guys and coached them up into NFL level talent. But most of that focus was centered on the defensive side of the ball. They were also fortunate to have a very reliable quarterback in Andy Dalton. TCU was really the best team in the Mountain West Conference. Then Patterson arrived in the BIG 12 and took a few lumps. His recruiting got even better and his teams got bigger and faster – much like Utah’s roster has. However, Patterson finally realized he could also start to recruit and build an explosive offense to go along with the stout defense. TCU transitioned to an up-tempo, high scoring offense and that took them from middle of the pack in the Big-12/kind of top 25 team – and catapulted them into the top five in the nation – where they have been now for two years.

Why can’t Utah do something similar?? I realize it does not happen over night.

The one positive thing I heard this week is that for the first time I can remember, Whittingham said that 3rd string quarterback Chase Hansen may soon see some playing time. He played at Lone Peak High School in Utah County and was a dynamic runner and thrower. Much like Tanner Mangum at BYU, Hansen is Freshman but a returned LDS missionary. What does Utah have to lose? They need someone to make things happen. They of course have Devontae Booker and is he is doing his thing. However the only other weapon I really see is the true freshman Britain Covey. He is a nice player and sure handed but I’m not sure he has the explosive play-making ability that other teams will be forced to scheme against.

I’d love to see what Chase Hansen can do this weekend against Fresno State.