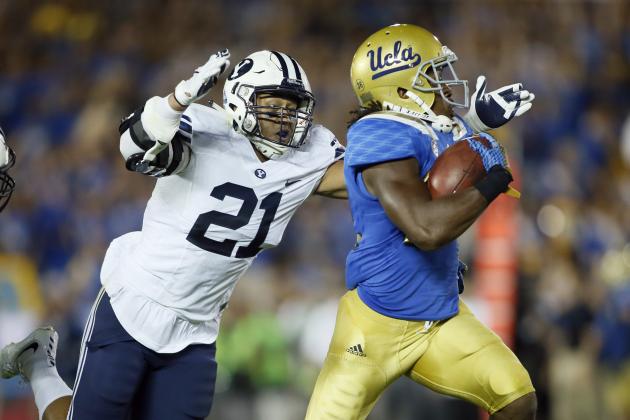 BYU more than held their own in a tough one point loss to UCLA Saturday night but many Cougars fans have to be wondering if that was one that got away. The Cougars were a 17.5 point underdog and certainly garnered respect with the way they played. However, BYU was the better team much of the night. The loss does not doom the season; it’s just that the game could have so easily been a win.

So what are the takeaways?

So where does BYU go from here?

They need to stop listening to the critics that said they just got lucky. Perhaps a few different offensive play calls, or a few more tackles against UCLA and they are undefeated and ranked #12 or so in the country. It looked like BYU couldn’t believe they really had UCLA on the ropes and slipped up just a bit at the end. I thought of that super bowl commercial from a few years ago when the guy shows up solo to prom in his Dad’s Audi, kisses the prom queen and then gets his butt kicked. That was BYU Saturday night. Everyone thought they were a nobody. Instead, BYU rolled into the dance brimming with confidence and made a huge splash, but ultimately succumbed to the big jock. BYU could have kissed the girl, knocked out the prom king and won the night. They just need to get a little more ferocious.