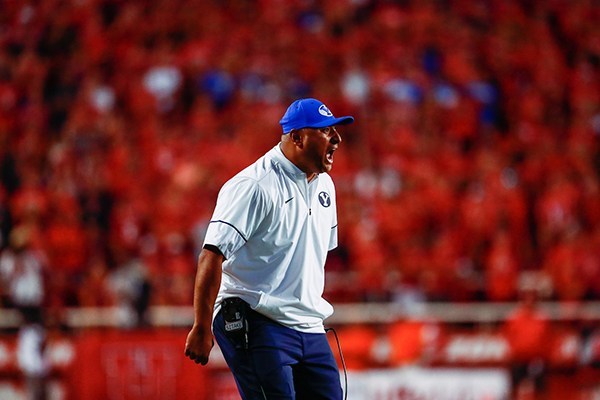 By: Jacob Nielson
BYU is ready to embark on year 9 as an independent. As the ESPN contract expiration looms, and the team fights their way back to relevancy, this is an important year, for Coach Kalani and the whole university. The young but fairly experienced team will be ready to take the field, come August 29, and we all look forward to seeing how the team will compete against a grueling schedule. So with that, I present the 12 games, from the least important to the most:

Purple Mountain Haze is Back!!!
Ranking the Importance of the 12 games of the USU season