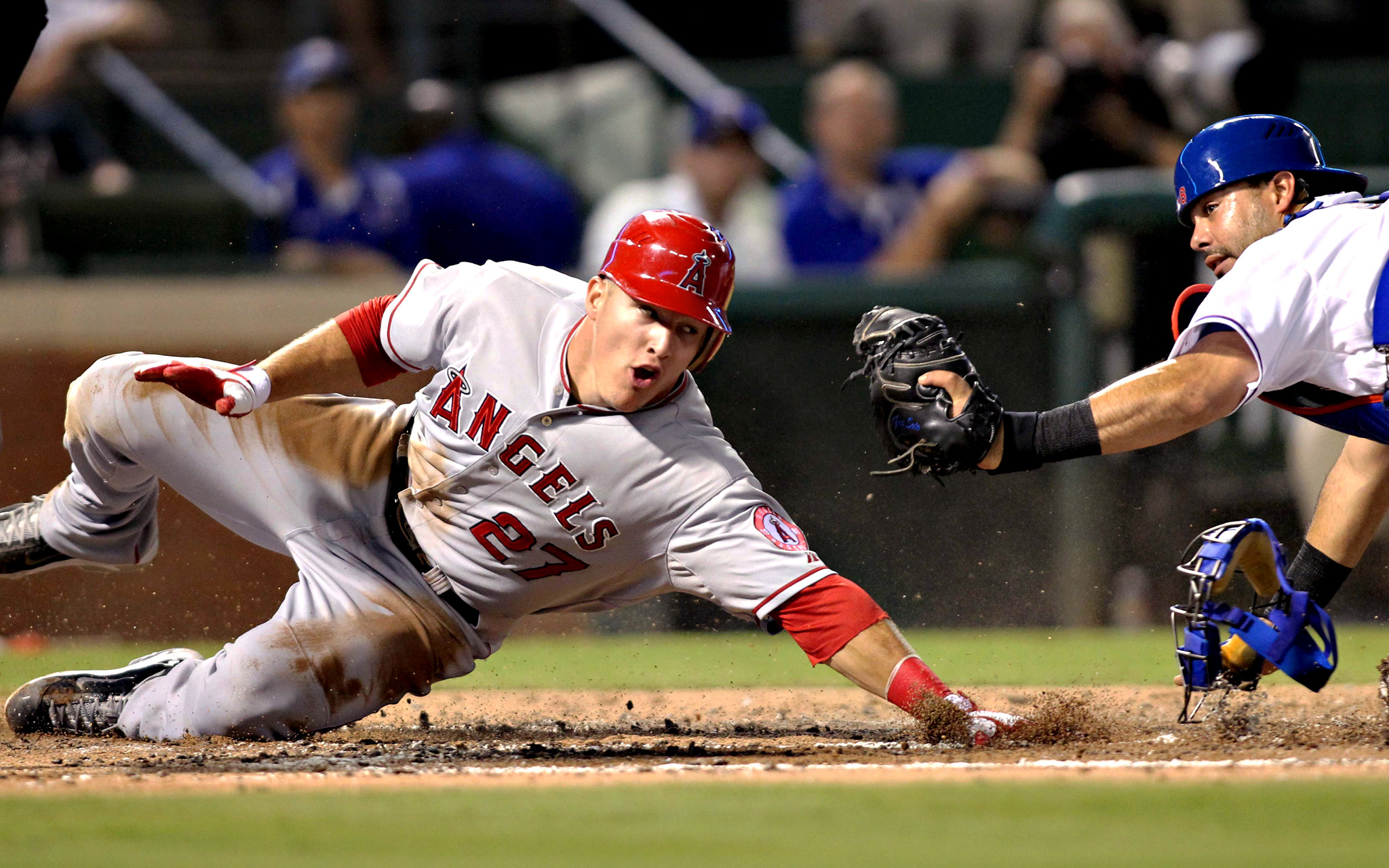 Baseball season is winding down and several teams are still fighting for wildcard playoff contention. One of those teams is the Angels. In case you’ve not seen it, Mike Trout made another home run robbing catch over the weekend against the Seattle Mariners. I am a huge fan of these types of plays and will always post them on the site. This is one of the five best I’ve ever seen and Trout makes it look routine.

I don’t think it’s a stretch to say that Mike Trout may be the best baseball player in the last 50 years. I can’t think of too many guys that have possessed his combination of power, average, speed on the bases, a great glove at a critical position-center field and of course a great arm.

I think the guy that probably comes the closest is Ken Griffey Jr. He hit for power, stole bases and was an amazing center fielder. You could also make an argument for pre-steroid Barry Bond. Bonds could hit for average and steal bags, but he was not the outfielder Trout is (and he played left field), and had a rag arm.

I suppose Bryce Harper is also a five tool guy but he does not have the same pop as Trout. He’s not as imposing at the plate. The only other current player I consider to be just as dangerous a hitter as Mike Trout is Miggy Cabrera. However, he is an overweight, lumbering first basemen. I suppose for the sheer numbers he’s put up, you also need to include A-Rod – steroids or not. However, he never did freakish things at shortstop or at 3rd while with the Yanks. And I probably should throw in Trout’s current teammate, The Machine-Albert Pujols, more-so for the decade he spent with the Cardinals.

Finally, and not that I ever saw these guys play, but I think you have to go all the way back to Micky Mantle and Willie Mays to find guys that compare to Trout in terms of just sheer entertainment on the baseball field. Mays had more speed of course than Mantle. They were both iconic players, and like Trout, they alone were worth the price of admission. But again, both Mays and Mantle were basically done by the 60’s/early 70’s. That’s why I say Trout may be the best player in the last 50 years.

If you’ve not been to an Angel game in the past 4 years, you need to go the next time you drag your kids to Disneyland. You’ll want to tell your grand-kids some day that you saw Mike Trout play in person. I will always be stoked that I saw – in person – the once great Tiger Woods play a round of golf. It was when I lived in Dallas in the early 2000’s. My wife and I got a babysitter and took a day off work to go watch a round of the Byron Nelson PGA tour event. Like Tiger is (or was), Mike Trout is a once in a generation, or once a half century type talent and single handedly worth the price of admission!

Also, in case you’ve not seen by now – here is the video of the Jonathan Papelbon/Bryce Harper altercation. Harper is a bit of a hot head but has really dialed it down this season. Not to mention he has played MVP caliber baseball. Papelbon has a reputation of being one of the biggest hot heads and idiots in the league.

BYU’s 31-0 Loss to Michigan is an Embarrassment to the University
Why Isn’t Utah Ranked in the Top 5?