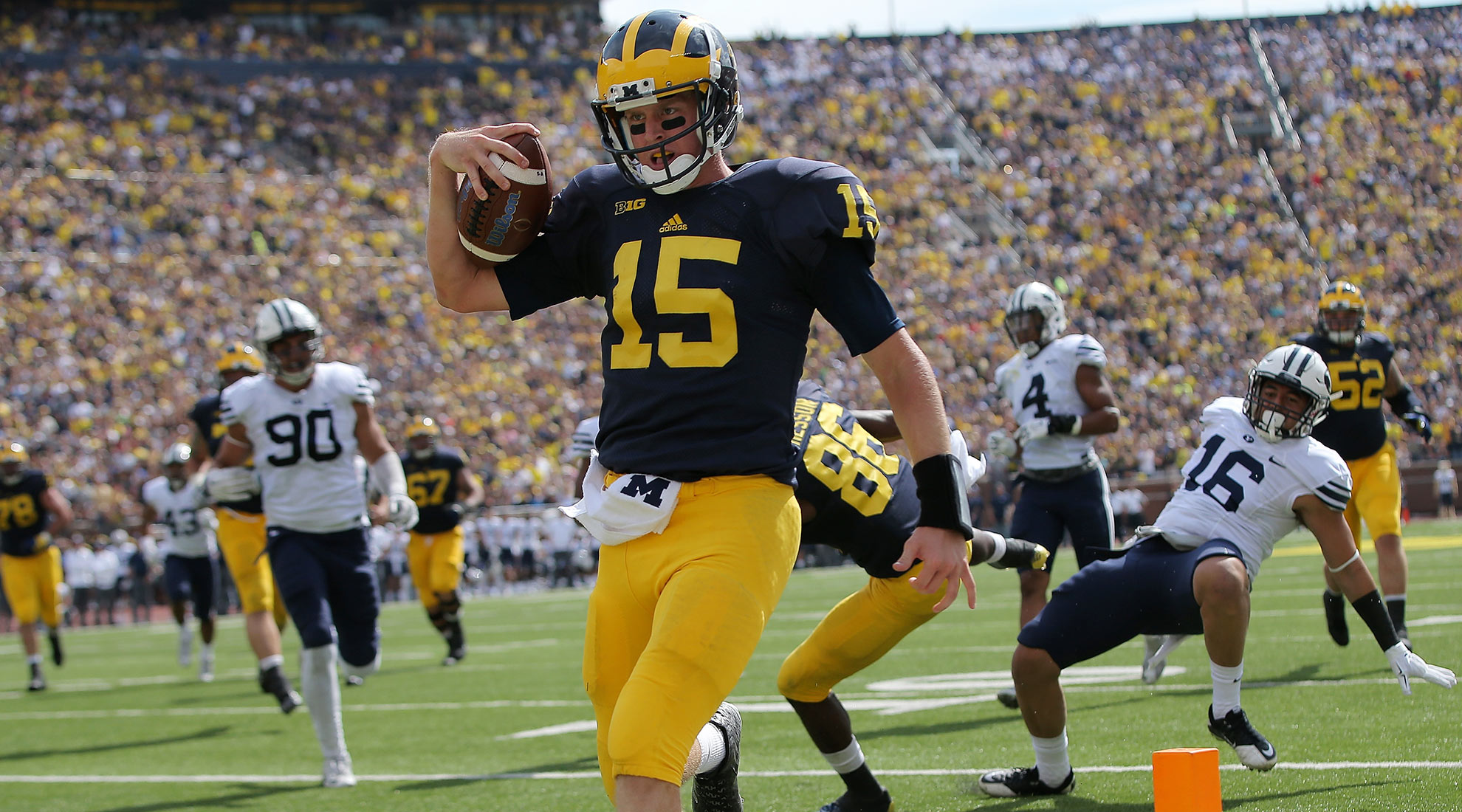 If anyone asks me what I did this past weekend, I’m simply letting them know I took a great trip to the Midwest. Saw a ball game at Wrigley Field in Chicago, visited Notre Dame in South Bend, Indiana, had a great meal in Ann Arbor, Michigan and got my picture taken in front of the Big House. The only thing I missed was actually seeing a college football game. 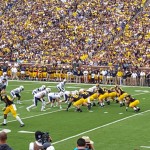 The sad reality is the entire BYU Football team seemed to have the same mindset as me and my traveling companions. The boys from Provo seemed to forget it was a business trip for them and I’m not sure they ever got off the bus to play the game.

The game was an abject disaster. A 31-0 loss to Michigan. There is nothing to sugar coat. BYU got destroyed by a superior Michigan team. They were beaten in every phase of the game. Their offense barely gained 100 yards. The defense again failed to tackle and gave up some huge plays. And perhaps the most glaring deficiency was that Jim Harbaugh completely out-coached Bronco Mendenhall. Michigan had a better scheme, they were much more physical, and they were actually ready to play a football game. From the opening drive it looked like BYU was just going through the motions.

I think the loss goes down as one of the worst in program history. I rank it only behind the 54-10 loss to Utah in 2011 and the blow-out loss at the hands of Hawaii in 2001 after BYU had started out 12-0. The reason I think it was so gut wrenching is because BYU totally gave away all the momentum they had built in the first three games. This season was shaping up to be something special with two Hail Mary wins and then almost knocking off a top 10 team on the road. Rather than build on that, they went out and got destroyed by a team not nearly as good as UCLA (Michigan really does not have a ton of play-makers. Their QB is kind of just a guy). The loss was a total embarrassment and momentum killer.

Furthermore, the score was only 31-0 but it really could have been 50-0. I think Harbaugh called the dogs off a bit in the second half. Frankly, the game would have been easier to stomach if it had been 52-17 or something like that, where BYU at least competed, had some offense, but just got run off the field. That was not the case though. BYU did not compete and they were completely humiliated. They had 12 possessions in the game – 11 punts, seven three and outs. Michigan completely manhandled them from start to finish.

And then to make matters worse – Michigan running back De’Veon Smith completely rag dolled a BYU defender on his way to a highlight reel 60 yard touch down run.

So, what can we take away from this embarrassment?

Again the super fans may say – C’mon, relax. Michigan is not 31 points better than us. Bronco and the team simply had a bad day and laid an egg. We were never gonna run the table and go to a New Year’s 6 Bowl game anyways. Let’s remember who we are think about what a great fireside the players put on all for all the Church members in the greater Detroit area.

I disagree with that mindset and think those fans should demand more from their team.

Where I do agree with the kool-aid drinkers is that BYU is going to recover and still win several games this year. Tanner Mangum will improve and get back on track against lesser teams. The defense will eventually remember how to tackle, etc.

What I’m not sure of though is what BYU is going to do for a running back. The one bright spot at that position, Adam Hine, was injured in the game. Their best defender, Harvey Langi was injured. And finally, are Robert Anae and the rest of the offensive staff gonna find a way to be a little more imaginative? The offense was so predictable and completely impotent. I’m pretty sure BYU will bounce back against some of the inferior opponents but I’m starting to wonder just how.  And what happens when they run into another really well coached team. Here’s hoping they can get it turned around quick.