College Football Playoff – Just as Crooked as the BCS 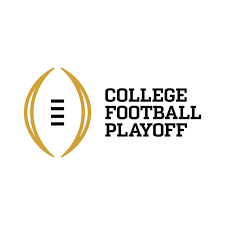 College Football Playoff – Just as Crooked as the BCS

The college football playoff committee gave an early Christmas gift to every sports talk radio show in America today – a week’s worth of material and crazed phone calls to fill segment after segment. Up to this point, we had been led to believe the committee was actually acting like the intelligent, thoughtful group of 13 individuals they are. However, objectivity, reason, and sanity went out the window at noon eastern today when the final 4 teams were announced. Money, traditional names, power, greed and TV won out once again. Nothing shocking – we all know how college football works – it was just a little jolting because the committee had seemed to actually make sense up to this point.

These were the rankings (I just have the top 16) released last Tuesday night (just 5 days ago):

TCU is out of the top 4 and Ohio State is in.

Here is what transpired over the weekend.

Reading between the lines – the  Big 12 was penalized for not playing a championship game and the committee tuned out their “co-champions” – Baylor and TCU. Florida State looked very pedestrian in beating another also-ran from the very week ACC, Georgia Tech.

The big story was Ohio State dismantling Wisconsin. From a local perspective, it was sad to to see a really good guy in Gary Anderson, former Utah DC and Utah State head coach, now head coach at Wisconsin – get embarrassed. His team forgot to get off the bus. What’s worse, it catapulted Ohio State. Ohio State is not 59 points better than Wisconsin. Ohio State was only 2 touchdowns better than a bad Michigan team a week ago. It just doesn’t add up.

So here are the takeways:

College football fans should not be bitter that Ohio State, from a bad conference, got into the play-off and TCU got hosed. We should simply call the committee out for not doing their job correctly. If they had continued the logic they’d seemed to exhibit up until Sunday – the committee would have bumped Ohio State up but bumped Florida State out. TCU should have remained #3. Also, Baylor should not have leap frogged TCU.

But we all know how college football works. It’s slimy, it’s money driven and TV driven. Here’s what I think really went into deciding the top 4 teams:

You add it all up and it’s a major slight to TCU. And more importantly, it’s the committee tricking everyone into thinking they were gonna be logical and legitimate, and then in the end caving to pressure, power, money and tradition. So call it the BCS, call it the college football play-off, call it whatever – it’s still a shady, smoke filled, “good ole boy”, back room dealing farce. But we all love it and will keep watching.