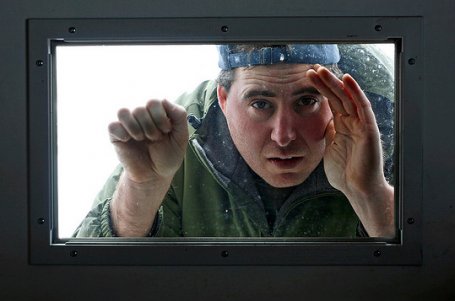 Guest writer, Rob Gray has put together a fantastic piece on how the BIG12 really does not stack up well against the other power 5 conferences. He’s got great data to back up his point.

With the College Football Playoff rankings being released this week there are opinions coming from around the country on which teams were slighted and which teams got lucky. I can see arguments that the SEC may have again benefited from “SEC bias” and that the PAC12 should be higher with two one loss teams in a very strong conference. I understand if people think that Ohio State is simultaneously the beneficiary and victim of being the returning national champion. What I cannot understand is any argument that the BIG12 has been graded unfairly, if anything I think that they have been given too much credit.

TCU and Baylor have had very weak schedules to this point in the season. Combined they have only played one team outside their conference from a Power 5 conference, the mighty (.500 record) Golden Gophers from Minnesota. Neither team will play an out of conference game again the rest of this season which means they are relying heavily on the reputation and quality of the BIG12.

What is the reputation of the BIG12? To some they are a juggernaut of offensively loaded teams. To me the BIG12 is the housing bubble from a few years ago. From the outside they appear to be a fairly impressive conference with four teams ranked in the top 15 teams in the country. Baylor and TCU are running over people right now at an astonishing rate (see TCU’s 50-7 win over Texas or Baylor’s 66-7 beating of Kansas). However as we examine the quality of the teams on their schedules, almost entirely BIG12 teams, we can see that the talent level there is very poor and the conference as a whole is leveraged to the hilt trying to show that those wins mean anything. Soon the bank will come calling and we will all see that they have been dealing in subprime talent.

Yes, I believe that the BIG12 has subprime talent… and I have the data to prove it. 247Sports has put together a list of the teams with the most talent based on the level of athletes when they entered the program from high school. (Yes, I know judging teams based on high school talent is imperfect and mitigates the effects of good coaches like Utah and BYU have who consistently develop their talent, but it does give some good insights. Looking at the team rankings next to the talent rankings gives some good insights into the level of coach a program may have). Here is the list showing the top 50 programs in the country (I added in BYU who comes in at #52 for our local audience):

I added in the conference affiliation in order to see which conferences on paper have the most talent (and therefore should have more difficult schedules on average). Here are those results:

Of the Power 5 conferences the BIG12 schools come in dead last with only 7 programs ranked in the top 50. My initial reaction to justify this was that the BIG12 is a top heavy conference, so while they may have some dogs at the end of the bench, their good teams are really good. Upon closer examination of the talent rankings though we see that the BIG12 is the only conference not to have a team in the top 10, with their most talented team being the lowly Texas Longhorns (3-5). So not only does the BIG12 have fewer teams with top talent, those teams are on average less talented than other conferences. The fact is that you are guaranteed to face better talent and more of it in the SEC, Pac12, ACC and BIG10 than you will in the BIG12.

After both TCU and Baylor were left out of the playoff last year the conclusion was that they were penalized for not having a conference championship game like other Power Five conferences. Many experts questioned if the two BIG12 would add more teams (possibly BYU) in order to facilitate a BIG12 championship game. However the BIG12 has practically scoffed at the idea that the playoff committee would keep out an undefeated team BIG12 team once again. Initial indications this year are that the BIG12 may have misjudged the situation and you have to wonder if they really are left out at the end of this year if they will finally be ready to make a change and adapt to the post BCS college football landscape. As George W. Bush said “There’s an old saying in Tennessee — I know it’s in Texas, probably in Tennessee — that says, fool me once, shame on — shame on you. Fool me — you can’t get fooled again.” With the BIG12 headquartered in Texas, maybe they will get this figured out.

If it comes down to a one loss team from the PAC12 or an undefeated team from the BIG12 I think you have to put the PAC12 team in over the undefeated BIG12 team. The BIG12 teams have weak schedules, less talent and no championship game.  If they get left out of the playoffs again this year it will be time for changes to be made, and they may just be good news for BYU.