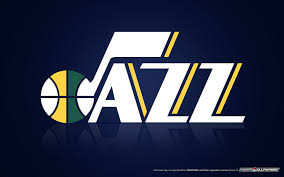 For those that have followed Purple Mountain Haze for some time, you know we don’t cover a lot of Utah Jazz basketball. That said, I would like to introduce our first guest blogger – Brian Barrow. He has written about the Jazz for several years and his work has been featured on sbnation.com. Please check out Brian’s take on the Jazz coming back down to earth after their recent hot streak. You can find Brian on twitter at @MoabJazz

After going on a mini win streak the Jazz are again back to their old losing ways. But there is something different about the losses this time. As a fan I always want to see my team win and hate it when they lose. That being said, I am okay with the way things are going.

From the end of last season up to present day there has been a constant reminder from the Jazz front office that we are not going to skip steps when it comes to building a solid, contending team. This season has just felt different than seasons from recent memory. You can feel the energy coming from the young team and an equal amount of energy, if not more, from our young coach. You can tell that they want w’s in the win/loss column. They know that in order to get those, they need to put in the time and effort now in order to reap them in the future.

A few people were upset/concerned that no improvement was being made as the win/loss record was very similar to that of the previous season. There was good reason to be upset. Sometimes as a fan it feels like the front office promises something and then does not deliver. While they did not promise immediate improvement, we wanted proof to validate our hopes that the Ty Corbin/losing era was gone. We wanted to see measurable improvement this season and wins and losses are the easiest way to gauge that.

After the trade deadline that rid us of a very disgruntled player (and obviously was toxic to the rest of the team) we started to see the strides of improvement we were all hoping for. During the weeks after the All-Star break the Jazz became one of the best defensive teams and had the best record in all of the NBA albeit in a microcosm of the season. Jazz fans everywhere were getting excited and were even told by Jazz media to ‘get giddy’.  Along with this excitement we started to get used to winning on a regular basis and began to expect a W at the end of a game. Unfortunately, the winning trend did not continue and the Jazz have lost five of their last seven games.

I am not going to say that I am happy with the current play of the Jazz, but I am okay with the current losing trend. I think there are lots of things that need improvement if we are going to be the contenders we want to be. These losses will help the team grow in the long term. Gone are the days when our team goes into the off-season having tasted only defeat. Gone are summers where fans can only be mildly excited for the next season. Now that our young team has had a small taste of the glory they no longer are satisfied getting paid to lose, they want to win.

This losing skid of late and heading in to the off-season will keep our young and potentially great team humble and hungry for more. It will give Coach Q something to point to and reference when talking about what could have been. It will give them the drive they need to start next season off strong and fight to contend.