In Case You Hadn’t Noticed – Utah Basketball is Back! Utes Crush UCLA by 32 points 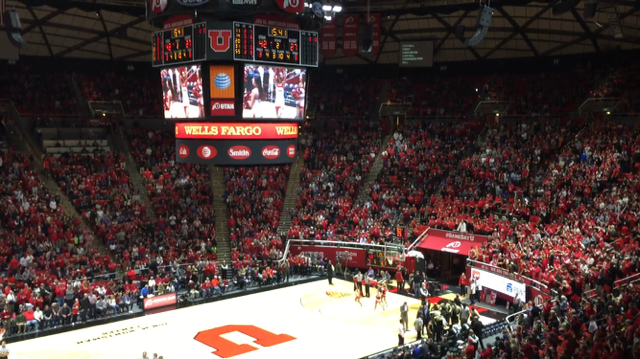 In Case You Hadn’t Noticed – Utah Basketball is Back! Utes Crush UCLA by 32 points

Utah basketball has a new pre-game intro that is pretty incredible. They unveiled it for the first time on Friday for their game against USC. They did the same this afternoon against UCLA. It really has a pro feel to it. It’s similar to what BYU does on the great big sheets that fall down from the scoreboard. Seeing the images on the court though might even be cooler.

What’s even cooler than that is the actual play of the team. Utah has been ranked now for some time. We saw them beat Wichita State in overtime. We saw them beat BYU in Provo. However, many of us were thinking – “That’s all fine and good but let’s see what they do when they get into the heart of the Pac-12 schedule and are competing against Pac-12 athletes every single game.”

Well, so far so good. The Utes are 2-0 in conference with yet another impressive win this afternoon over UCLA – 71-39. You can tell me UCLA is having a subpar year, which they are, but demolishing the most heralded program in the history of college basketball by 32 points is rather impressive – down year or not.

This season might get crazy for Utah at the pace they are going. Let’s see how they measure up against Arizona of course. At this point though, Utah is clearly a tournament team and frankly might be playing their way toward a #2 or #3 seed, which can often mean a Sweet 16 run or better.